We think you’ll agree that tuna is a convenient, delicious source of protein. But did you know that there’s more than one type of tuna? And that each has its own flavour profile? Often found in grocery stores and on restaurant menus, Albacore is a type of tuna you might encounter and one that you’ll find in our lineup of Ocean’s products. So what’s the deal with Albacore and what makes it different?

Migratory fish found in tropical and temperate oceans, Albacore tuna weigh in at 10 to 40 pounds. They have a lifespan of about 11 to 12 years and are found globally in the Atlantic, Pacific, and Indian oceans, as well as the Mediterranean Sea. Distinguishable by their metallic, dark blue back and a silvery to white belly, Albacore tuna have extremely long pectoral fins.

2. Albacore Tuna by Any Other Name

Albacore tuna is known as Thunnus Alalunga scientifically, but it has several other names as well. Commonly referred to as white tuna, longfin tuna, and, in Hawaii, tombo. Regardless of how you refer to this tasty fish, you can rely on a delicate flavour and great texture.

While canned tuna is commonly Skipjack, canned Albacore is also widely available, though you might be surprised to learn that both take on another name in the grocery store aisle. You’ll find Skipjack under the name of light tuna and Albacore under the name of white tuna.

When it comes to taste, texture and colour, albacore tuna offers a distinct experience when compared to other types of tuna. When raw, albacore ranges from light pink to red and is soft, easily falling apart in large flakes. When cooked, albacore turns ivory or creamy white and takes on a firm, steak-like texture. In fact, what you’ll find when you open canned albacore is firm white meat with a dense texture. Albacore tuna has a rich yet mild flavour that makes it a lovely substitute for other types of tuna.

Like other types of tuna, albacore is a nutritional powerhouse that’s high in protein yet low in fat. A 55-gram serving of Ocean’s solid white canned tuna contains a whopping 13 grams of protein, making it a nutritious part of any meal.

Canned Albacore tuna, or white tuna, is a great substitute for Skipjack, or light tuna. The firm, meaty texture and delicate flavour make it perfect for established canned tuna lovers and those who are trying canned tuna for the first time. In fact, albacore has such a light flavour that it also makes a great substitute for chicken. Looking for inspiration? Here are a few great canned Albacore recipes to try: 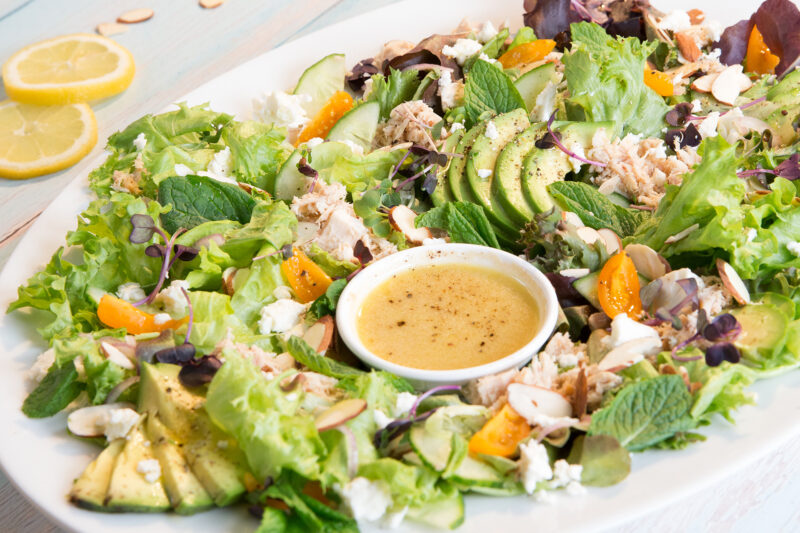 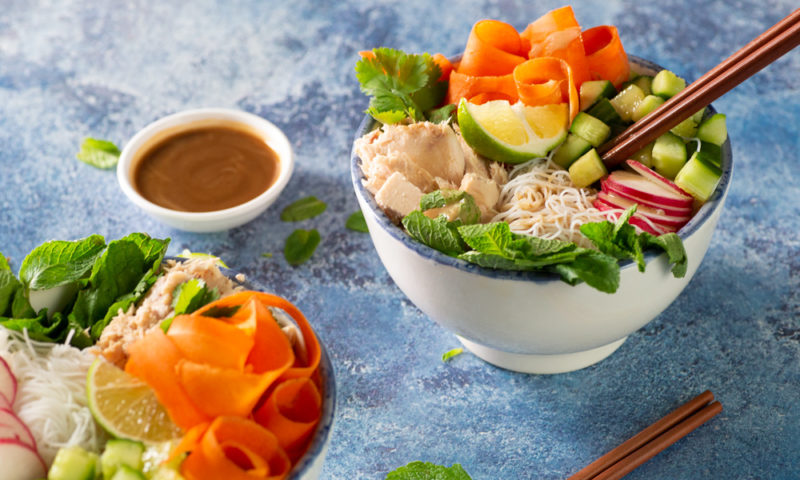 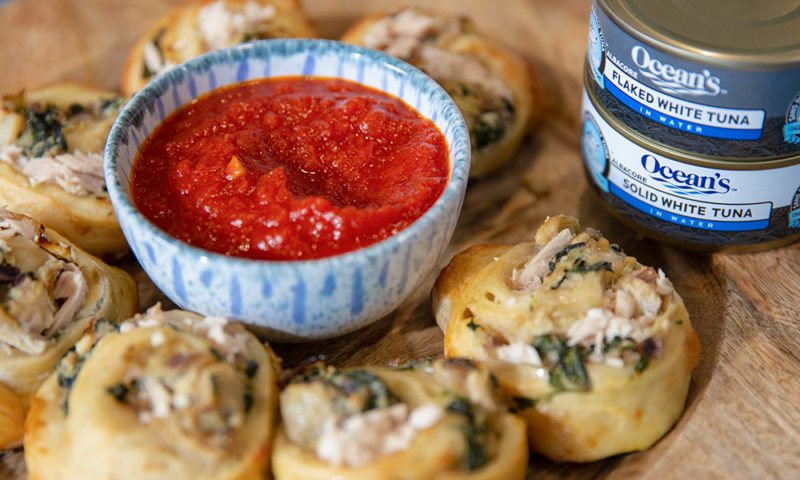 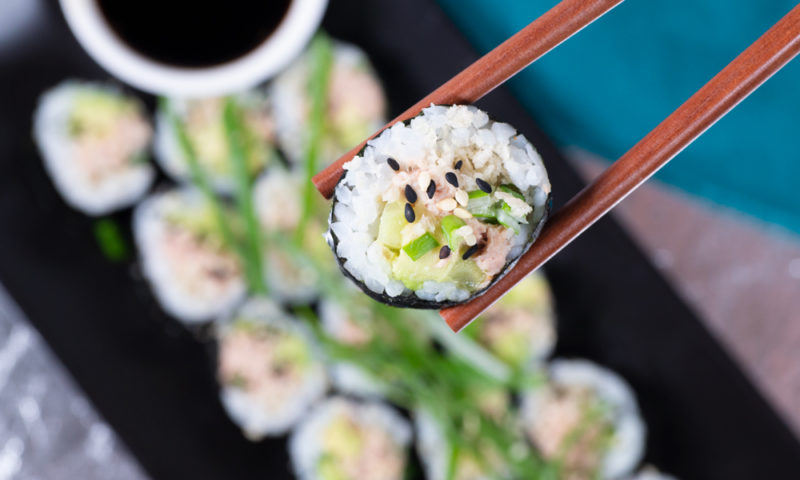 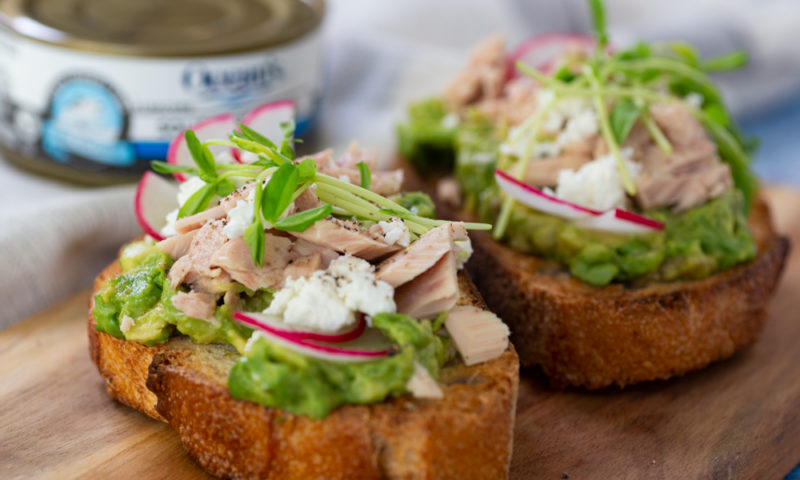 Sign up to our newsletter to receive information and updates from Ocean’s!